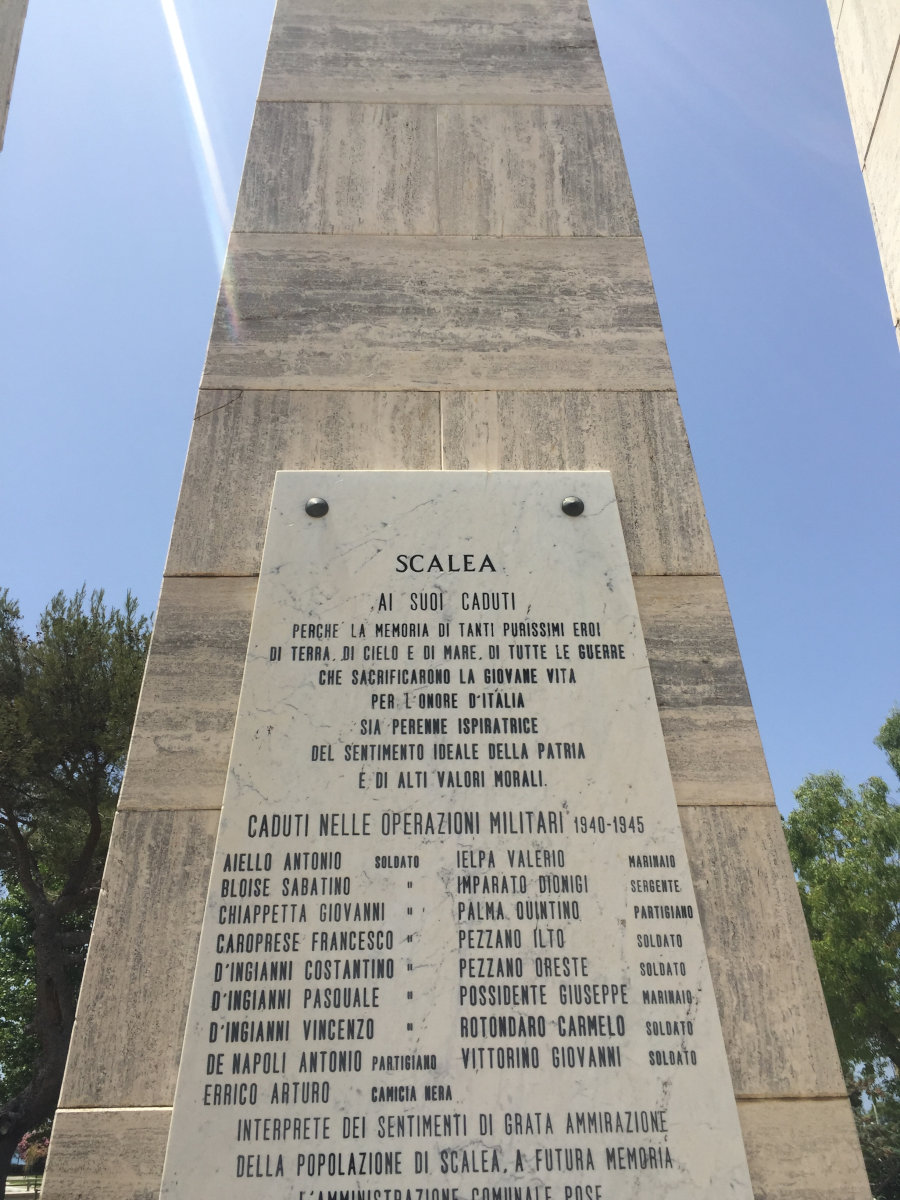 Recently, world leaders got together and commemorated the anniversary of D-day, the day that was a turning point in World War 2 when thousands of young men from the US, Canada, Australia and France descended on the beaches of Normandy and knowingly sacrificed their lives to bring about a whirlwind of change in the darkest, most evil war in recent history.

As I gaze at pictures of the faces of those young men sitting on a ship with their weapons grasped awkwardly in their hands, ready to debark and and knowing that many of them will never return, I am reminded of thoughts I have had talking to my elderly neighbors here in Santa Domenica Talao, a small hill town in Calabria that dates back to the 1600’s and before.

Our village, sitting apart from the others, has its own personality and culture. It is a tightly knit group where neighbors watch out for each other.

They help each other when they are sick or poorly and receive help when they need it. This was a flat out necessity back in the days when war, brigands and famine threatened their existence.

A Dark Past Remembered

A couple of years ago, prior to visiting Matera in Basilicata, my husband and I bought and read Carlo Levy’s book “Christ Stopped at Eboli”. I actually read it twice, before and after my visit.  Carlo Levy is an author who was exiled in a small hill town in Basilicata called Aliano very close to Matera and not far from here. He was an outspoken critic of Mussolini and criticism was not tolerated by fascist dictators.

Matera was also facing a humanitarian crisis in that people were living in caves dug out of the rock with their animals piled in with them for warmth in the Winter. Starvation was rampant as was malaria and the children, instead of begging for money, begged for quinine, the medicine that would alleviate their symptoms and possibly save their lives. 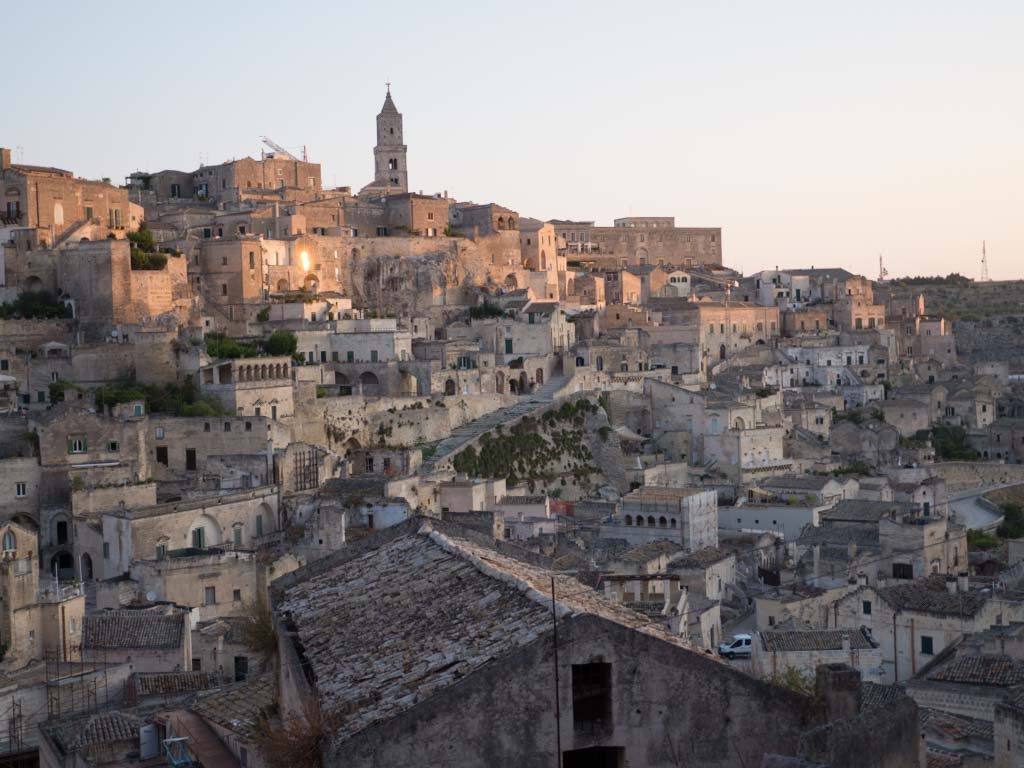 The 40’s were not that long ago and it wasn’t until the 50’s that Levy’s book really pointed up the Shame of Italy (Matera and her starving poor) and something was done about it. And although they are dying off, there still remain people in this village who remember the hardships that existed all through Calabria and how to make do with very little and waste almost nothing.

Monuments to the Fallen

And in every town here in Calabria that I have seen, there is a Monumento ai Caduti. A monument to the fallen, their young men who gave their live-in two world wars. These monuments have have been there so long that they figure into daily conversation (To get to the train station you take a left at the Monument to the Fallen)

And I wonder if they have lost some of their significance because the relatives who grieved so desperately over the names etched into the bronze plaques are either gone now or too old or traumatized to even talk about it. 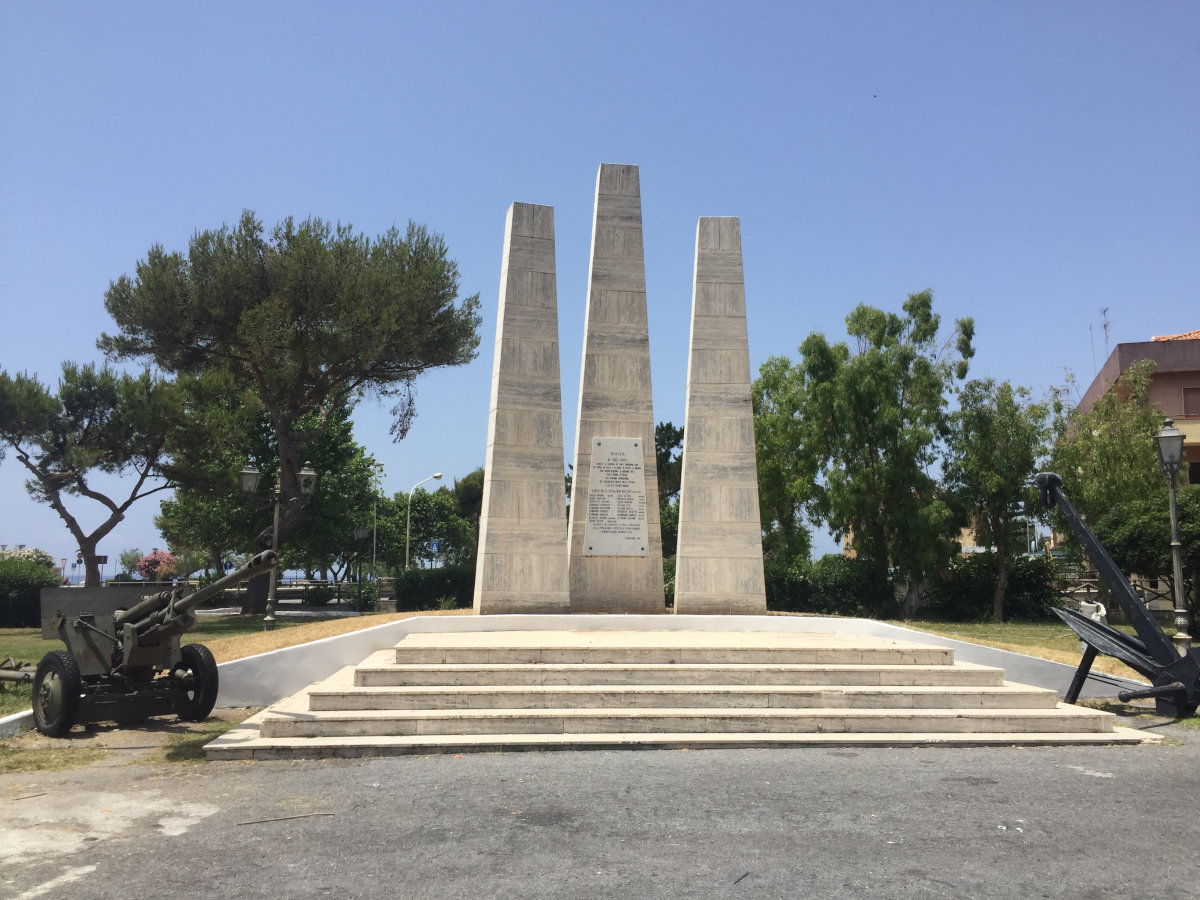 So it is now a monument where you turn left to get to the train station. But when you look at the plaque attached to it, you see the names. These are the names of the young men who left their homeland and their mothers and fathers, and went to fight a bloody war. And they never came back.

Theirs were the faces of the young men, babies really, that I saw in the picture of that boat on D-Day getting ready to disgorge its human cargo directly into the teeth of enemy machine gun fire on a desolate beach so far from the safety of home. True, not literally, they fought on different sides but in the end isn’t the result the same?

I can’t believe that it was ever the villagers in the medieval hill towns dotting Southern Italy who wanted to take up arms and fight for Hitler and Mussolini.

It was not the average Italian who elected to put their child on a train ride to a bloody battlefield so that they could fall.

And as you read the list of names in each monument, you see that many are from the same families. Brothers fought next to brothers and uncles. Sometimes several people from each family fell in the course of a war.

And in the course of two world wars, some families were devastated over and over.

Back when many Italians made their livings farming, the loss of a strong back could mean the difference between living and starving. And when you add the threat of starvation to the bottomless grief one feels at such an unnecessary loss of a loved one, one gets a tiny idea of just how awful that must have been.

A Peaceful & Prosperous Italy Remembers a Difficult Past 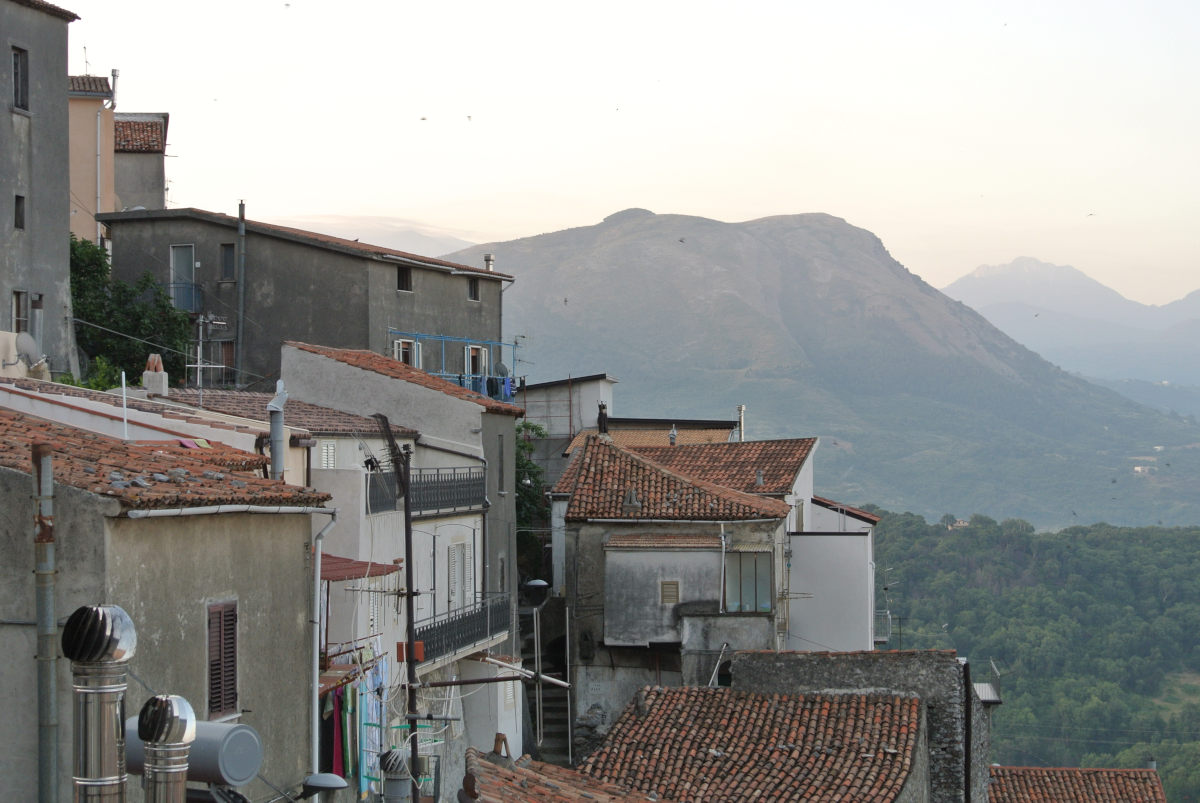 Our village of Santa Domenica Talao is a big family. Every birth, death, birthday, success or loss is felt keenly by everyone here. When one considers all of this, one gets a glimpse of the true horrors of these wars not only for those directly confronting them but also for the mothers, fathers, sisters, aunts and uncles and fellow villagers who suffered fear, loss and devastation as a result.

And I contrast this with the fortunate young people I see here today. In Santa Domenica there does not seem to be poverty any more. The people here are well dressed and food is plentiful. They are happy. There is no war or famine directly threatening their existence. Everyone has cell phones. Our cafe in the piazza has internet access and so do many people in their houses.

Although many of the older people still have furniture and cabinets built with loving hands by an ancestor, a big new furniture store has opened nearby selling mass produced modern kitchens, sofas and everything anyone would want to refurnish a home.

A huge new supermarket has opened just down the hill from us where you can buy anything you need or want. 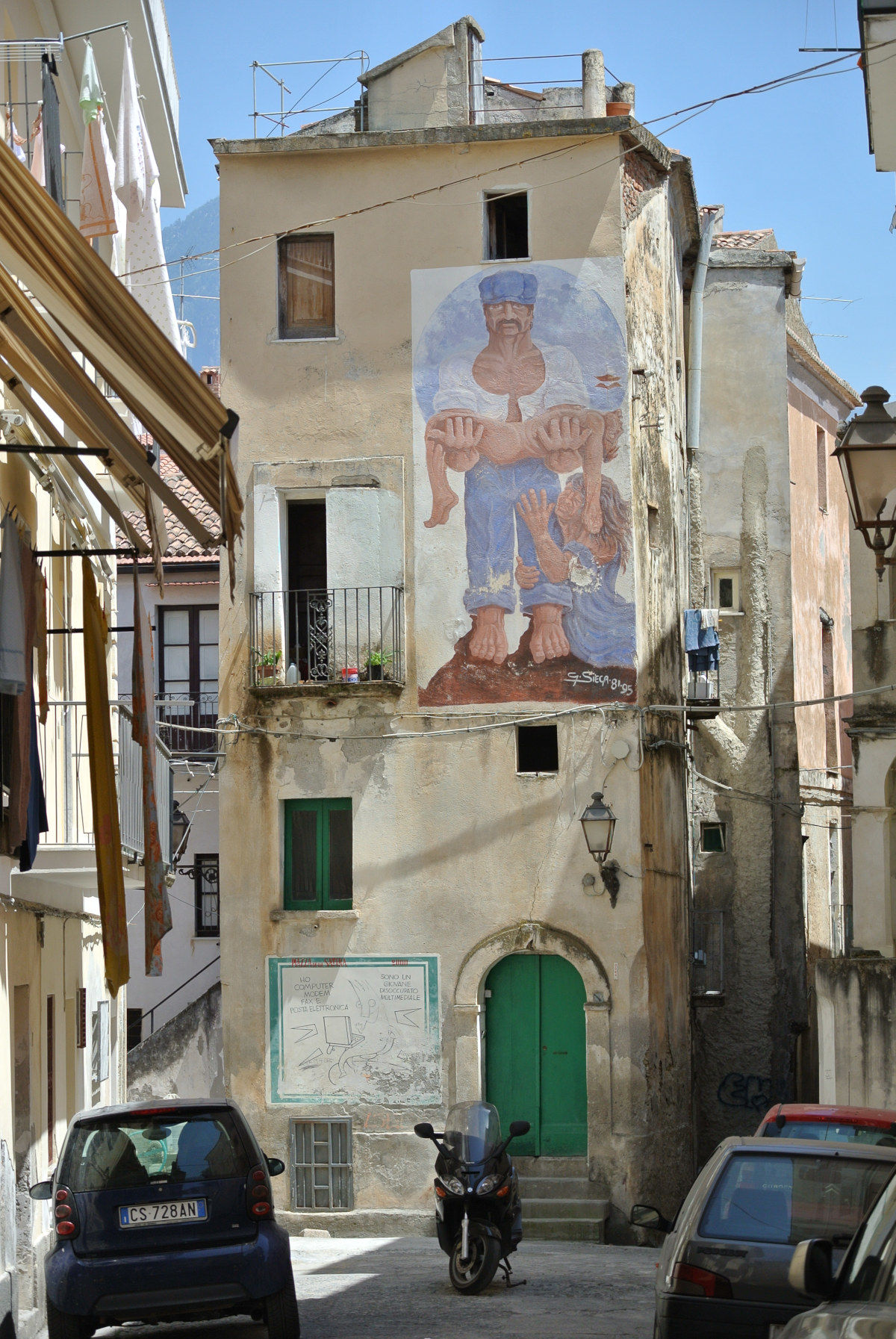 So looking at all this, one could easily forget that just a few decades past, people in this area were struggling and that many families were crushed by the loss of loved ones through war or illness.

The newer generations coming up have thankfully been spared these awful circumstances.

Life is just so different for them and for many young people in my country of birth, America, who have never felt the sting of poverty or the terror of the draft into war.

But these horrific times must not be forgotten and, unfortunately, the true horror of them must be passed on.

It is way too easy to think that they could never happen again because we have not seen them with our own eyes. But the only way they don’t is when people are aware that they could and willing to stand up and do anything in their power to stop it.

And this is true not only in Italy but everywhere in the world.

When I visited Matera I was overjoyed to see the school buses snake their way up the hill to Matera and Aliano bringing with them scores of school kids who would see for themselves where and how Carlo Levy lived. They are reading his book and will continue to do so.

And these Monumenti ai Caduti exist in every town. And although they are commonplace, their significance must be remembered and not diminished by the fact that they are ubiquitous. And the sacrifices of those who came before us must be respected.

They must be given the attention they deserve to create and preserve the precious peace and prosperity in Italy and across the world. 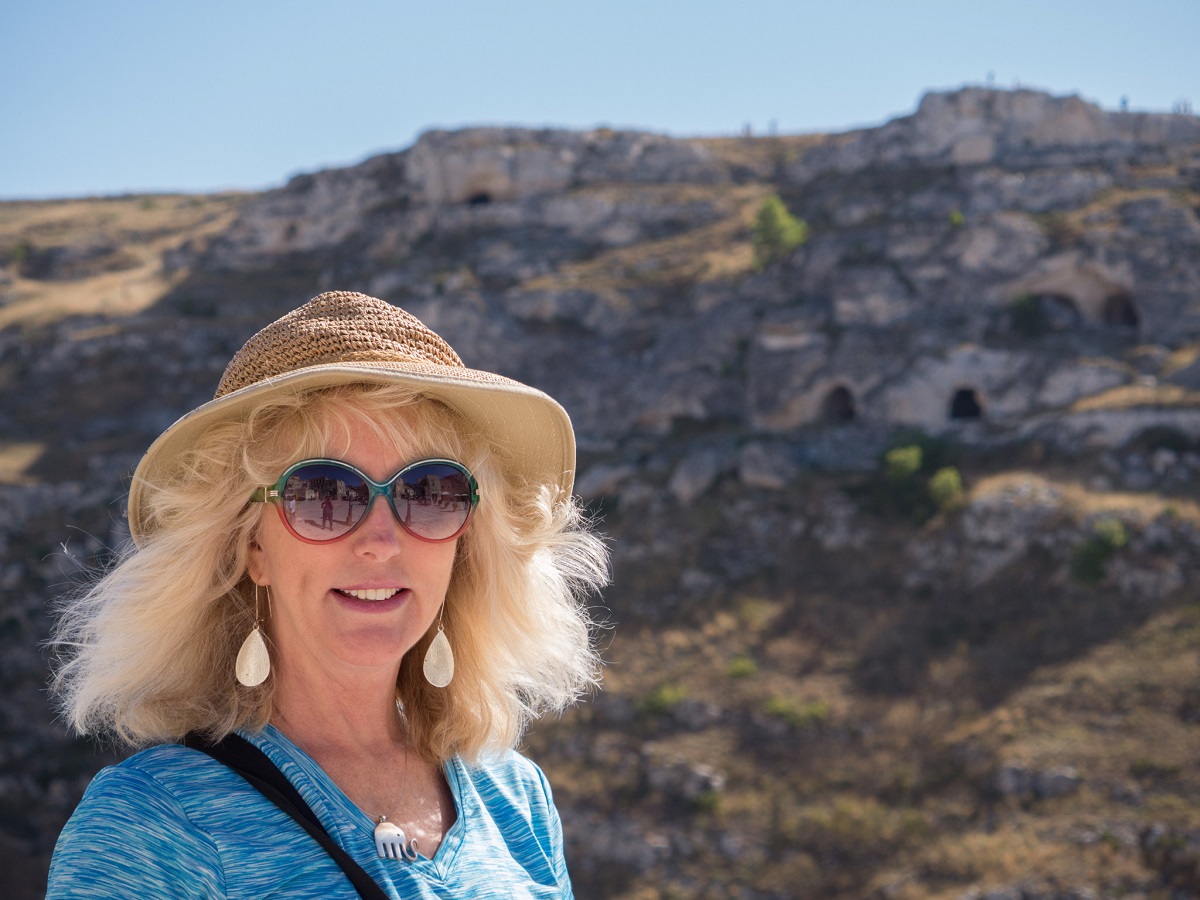 Chris Ellis-Sobolev is a travel professional and a blogger. Writing for lifehack.org her travel and life improvement articles have been widely shared on social media.

Chris lives with her husband Pete in California and Santa Domenica Talao, Calabria. Her book Chasing La Bella Vita is available on amazon.com

Get to know Chris and Pete on their website at supersavvytravelers.com or visit them on Facebook at Super Savvy travelers

Please Book with Us... Maria here, if you enjoy my site I'd love your support.