What to See in Sicily?

Visiting Sicily for the first time? Wondering where to go and what to see?

Well, you are in for a treat. Sicily is not so much a destination as an experience. It needs to be felt emotionally, rather than simply "visited".

The best way to do that is to take things slowly.

If time is limited focus on one part of the island and experience, within that area, the four things listed below:

So which are the very best towns, cities, sights and beaches to see? 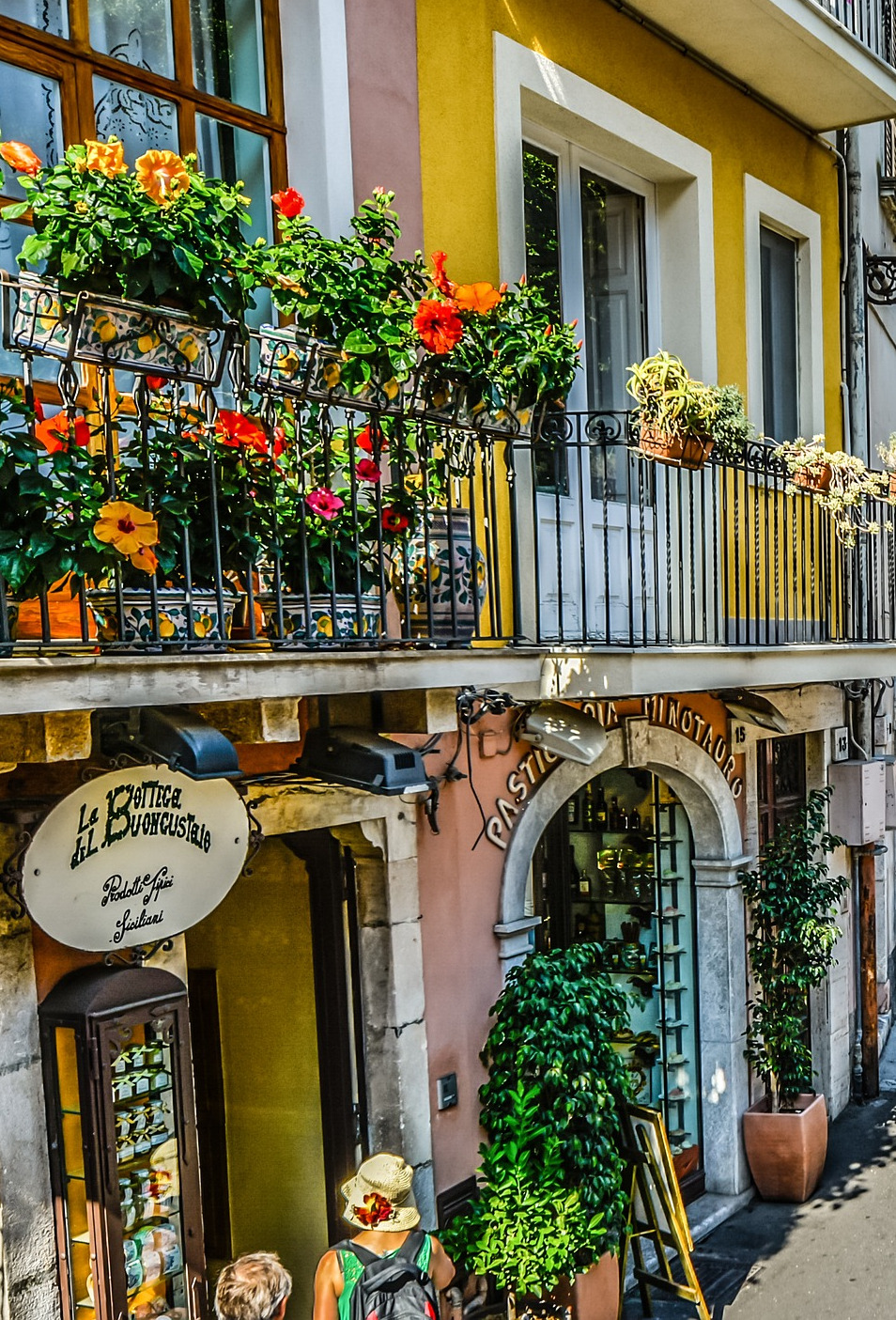 It is hard to narrow the list down, there is so much to see really and so much of that is world beating.

Our recommendations are scattered across the island of Sicily and some are a little offshore.

﻿So which are the very best towns, cities, sights and beaches to see?

Taormina, an enchanting town of narrow little streets, where wonderful surprises await around every corner and all is set to the backdrop of Mount Etna.

Castelmola, Near Taormina, a true gem with a few incredible little restaurants and 5 things you absolutely must do.

Savoca,  the town of the Godfather is a must! You'll feel as if you've stepped into the Godfather movie... except that everyone is super friendly.

Just outside of Savoca is a tiny hamlet, the Borgo San Rocco.  I really recommend you savor a few nights here.

Cefalu, one of the most spectacular settings of any seaside town in Italy. It's the last scene in the video at the top of the page.

Valley of the Temples (Valle dei Templi), Agrigento, one of Sicily's greatest attractions. These temples, like those in Paestum, date back over 2000 years.

The Aeolian Islands, set in waters so blue and with sunshine so bright you have to wear shades. I cannot really explain how amazing these tiny islands are. You will just have to visit yourself.

Syracuse, a historical city and UNESCO world heritage site. Once, together with Athens, the most important Greek city in the world and a city mentioned in the Bible.

Marzamemi is about as far south as you can go in Sicily. It is a picture postcard village of fisherman's cottages and picturesque squares.  In the evening, fairy lights lend a golden glow to many of the cottages and dining outside in the warm balmy Sicilian evening air is delightful.

Come in July, for the  Cinema di Frontiera Film Festival, and you'll think you're in the movie Cinema Paradiso:  films flicker on the walls of the houses surrounding the piazza, little bambini run around and adults watch, lost in another world, another time. 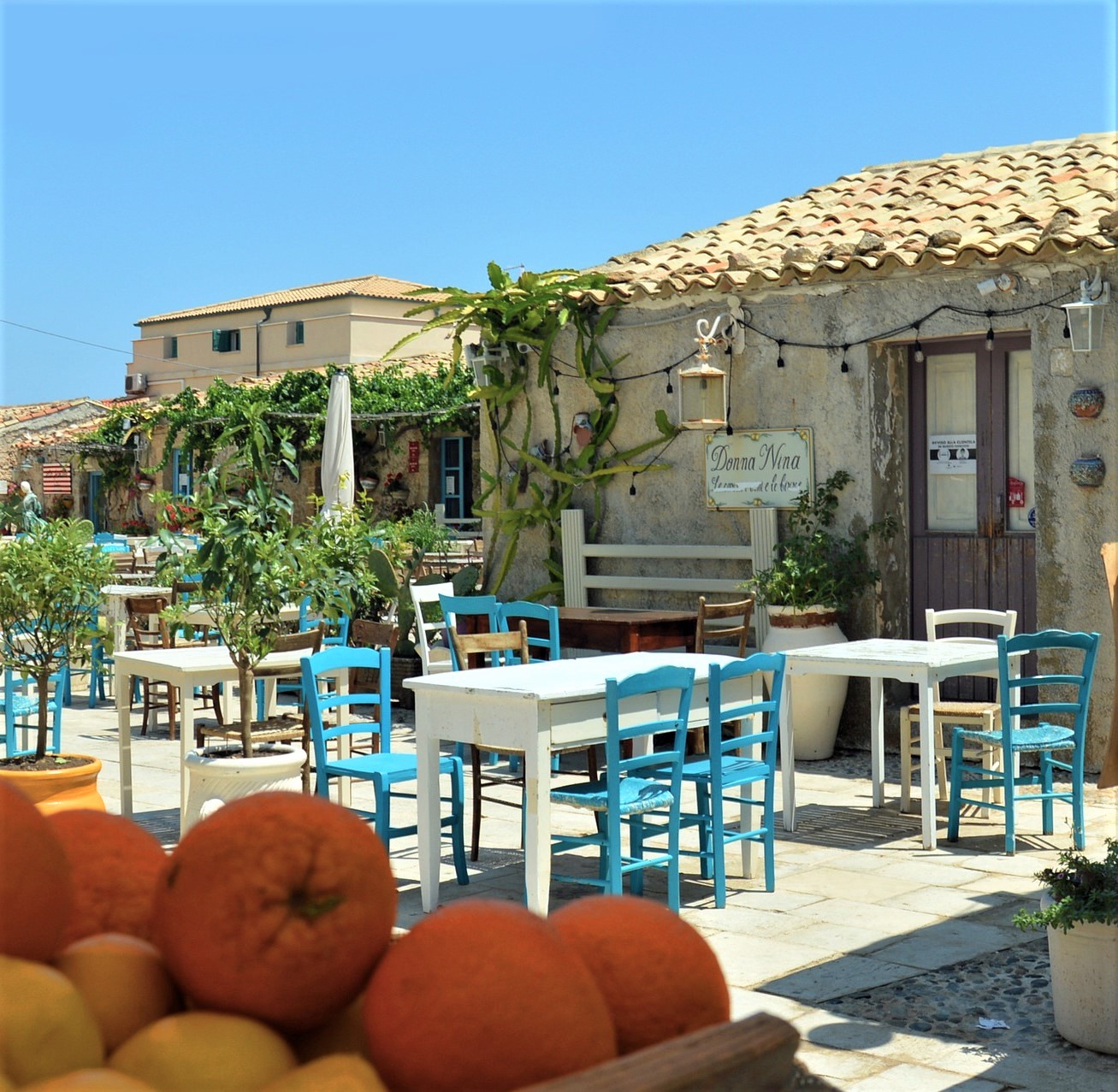 1 Euro Houses for Sale in Sicily

There are often wonderful deals on houses in Sicily and yes, those 1  Euro houses do exist.

There are even free houses!

They come with a lot of caveats and conditions though so you would do well to read this article before you even consider it. The article also has a lot of useful information on buying a fixer-upper in Italy.

Have a look too at our article on what the buying process in Italy entails.

Once you've bought, you'll find that the cost of living in Sicily is really low. Your money goes so much further here than just about anywhere else in Western Europe and your heating bills drop dramatically too. ;-)

I promise you'll get the best deal on accommodation available and the income we receive from HotelsCombined helps us to:

Have your say about what you just read! Leave me a comment in the box below.
FacebookTwitterPinterestWhatsApp